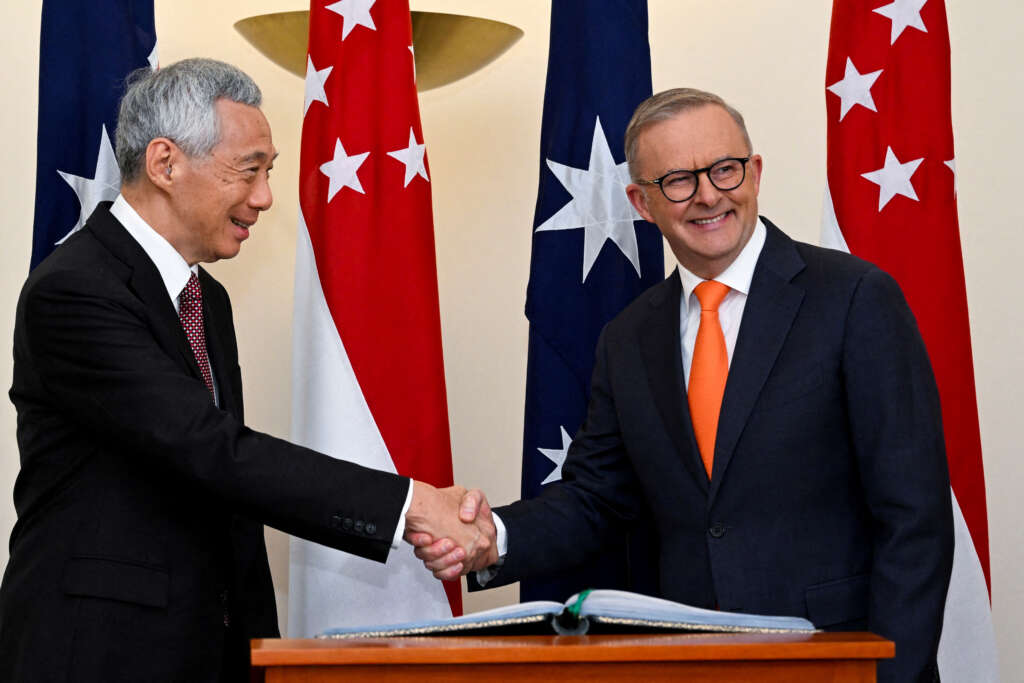 SYDNEY (Reuters) – Australia and Singapore agreed on Tuesday on a “green economy” deal to boost cooperation on climate investment, financing and technology.

Singapore Prime Minister Lee Hsien Loong told a news conference in Canberra that the agreement would start with initiatives such as developing a list of environmental goods and services that could be given preferential trade treatment.

“It will support the transition of our countries to net zero emissions as well as create jobs and growth opportunities in green sectors promote the development and commercialisation of green technologies,” Lee said.

Australian Prime Minister Anthony Albanese cited the A$30 billion ($18.8 billion) Sun Cable project, which aims to export solar power from Northern Australia to Singapore via Indonesia, as an example of what the agreement aims to achieve.

“A project like Sun Cable which has the potential to export clean energy to Singapore is the ultimate win-win,” Albanese said.

“We do worry that valid national security considerations may trigger off further consequences and may result in less economic cooperation, less interdependency, less trust and possibly ultimately a less stable world,” he said.