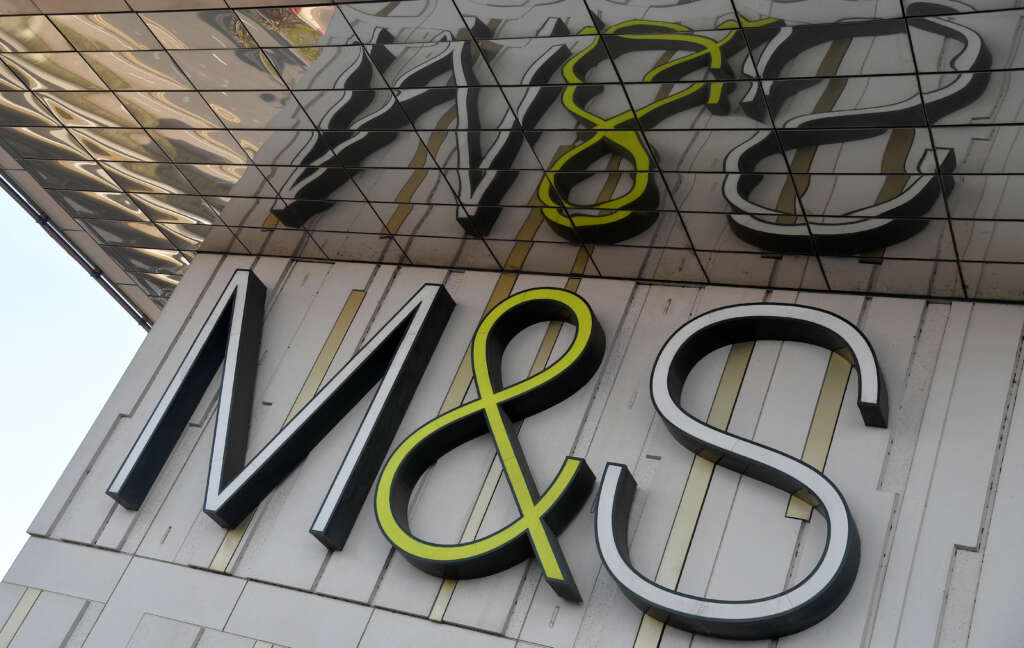 LONDON (Reuters) -British retailer Marks & Spencer warned on Wednesday of a “gathering storm” of higher costs and pressure on household budgets, as it reiterated full-year profits would fall.

The 138-year old clothing and food group, one of the biggest names in British business, reported a 24% decline in profit before tax and adjusting items to 205.5 million pounds ($237 million) for the six months to Oct. 1 – slightly ahead of analysts’ average forecast.

Profits fell, despite an 8.5% rise in revenue to 5.54 billion pounds, due to higher costs. The group also missed out on the business tax relief it received from the government during the pandemic as well as profit contributions from both Russia, which it has exited, and Ocado Retail, its online joint venture with Ocado Group.

Prior to Wednesday’s update, analysts were on average forecasting a profit before tax and adjusting items of 397 million pounds for the 2022-23 fiscal year, down from 523 million pounds in 2021-22.

Marks & Spencer (M&S), whose shares have halved this year, said total food sales increased 5.6% in the first half, while clothing and home sales rose 14%.

M&S is also facing higher labour and energy costs, and a stronger dollar that will push up its purchasing costs, while consumers’ disposable income is falling amid a worsening cost of living squeeze.

“Across all M&S markets it is highly likely that conditions will become more challenging in FY24,” M&S said.

“However, the far-reaching changes made over the past few years, together with a reinvigorated product offer and strong value for money credentials provide some insulation from the gathering storm.”

It said trading in the first four weeks of its second half was in line with forecasts, with clothing and home sales up 4.2%, food sales up 3.0% and international sales up 4.1%.

With inflation at a 40-year high of 10.1% and consumer confidence close to the gloomiest on record, Britons are cutting back and planning less spending this Christmas.

M&S reckons its bias towards older, more affluent customers gives it some protection from the crisis, but analysts are still concerned they will feel the pinch, with both its food and clothing divisions at risk of shoppers heading to cheaper rivals.

The group is seeking to transform its fortunes and build a more resilient business with a renewed focus on the quality and value of its clothing and food, heavy investment in technology and e-commerce, and a radical overhaul of its store estate – with a target to reduce its full line stores by 67 to 180 by 2028, while increasing its food only stores by 104 to 420.

M&S has deferred considering options for reinstating capital returns to shareholders until nearer the year end.