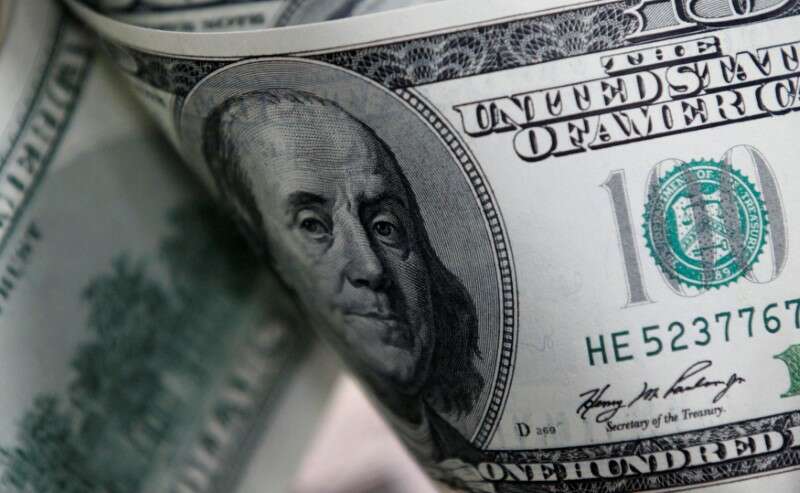 Dollar moves off lows on heels of inflation data

May 11, 2022
Our website publishes news, press releases, opinion and advertorials on various financial organizations, products and services which are commissioned from various Companies, Organizations, PR agencies, Bloggers etc. These commissioned articles are commercial in nature. This is not to be considered as financial advice and should be considered only for information purposes. It does not reflect the views or opinion of our website and is not to be considered an endorsement or a recommendation. We cannot guarantee the accuracy or applicability of any information provided with respect to your individual or personal circumstances. Please seek Professional advice from a qualified professional before making any financial decisions. We link to various third-party websites, affiliate sales networks, and to our advertising partners websites. When you view or click on certain links available on our articles, our partners may compensate us for displaying the content to you or make a purchase or fill a form. This will not incur any additional charges to you. To make things simpler for you to identity or distinguish advertised or sponsored articles or links, you may consider all articles or links hosted on our site as a commercial article placement. We will not be responsible for any loss you may suffer as a result of any omission or inaccuracy on the website.

NEW YORK (Reuters) – The dollar moved sharply off its lows on Wednesday and briefly turned positive on the day after economic data showed inflation was unlikely to cause the Federal Reserve to adjust their aggressive path of monetary policy.

The consumer price index rose 0.3% last month, the smallest gain since last August, the Labor Department said on Wednesday, versus the 1.2% month-to-month surge in the CPI in March, the largest advance since September 2005.

The dollar index, which had touched a four-session low of 103.37 ahead of the report, immediately strengthened to a session high of 104.13 in the wake of the data, just below the two-decade high of 104.19 reached on Monday.

“The dollar is just steamrolling everything else and risk appetite is getting demolished here, we have seen equity indices sell off sharply, your high-beta or commodity-linked currencies are selling off as well and that flight to the dollar is continuing here.”

The greenback has climbed more than 8% this year as investors have gravitated towards the safe haven on concerns about the Fed’s ability to tamp down inflation without causing a recession, along with worries about slowing growth arising from the war in Ukraine and rising COVID-19 cases in China.

After the Fed raised its benchmark overnight interest rate by 50 basis points last week, the largest hike in 22 years, investors have been attempting to assess how aggressive the central bank will be. Expectations are completely priced in for another hike of at least 50 basis points at the central bank’s June meeting, according to CME’s FedWatch Tool https://www.cmegroup.com/trading/interest-rates/countdown-to-fomc.html?redirect=/trading/interest-rates/fed-funds.html.

Investors will get another look at inflation data on Thursday in the form of the producer price index for April, with expectations of a monthly increase of 0.5% versus the 1.4% jump in March. On an annual basis, expectations are for a jump of 10.7% compared with the 11.2% surge the prior month.

The euro gained as European Central Bank has firmed up expectations that it will raise its benchmark interest rate in July for the first time in more than a decade to fight record-high inflation, with some policymakers even hinting on Wednesday at further hikes after the first.