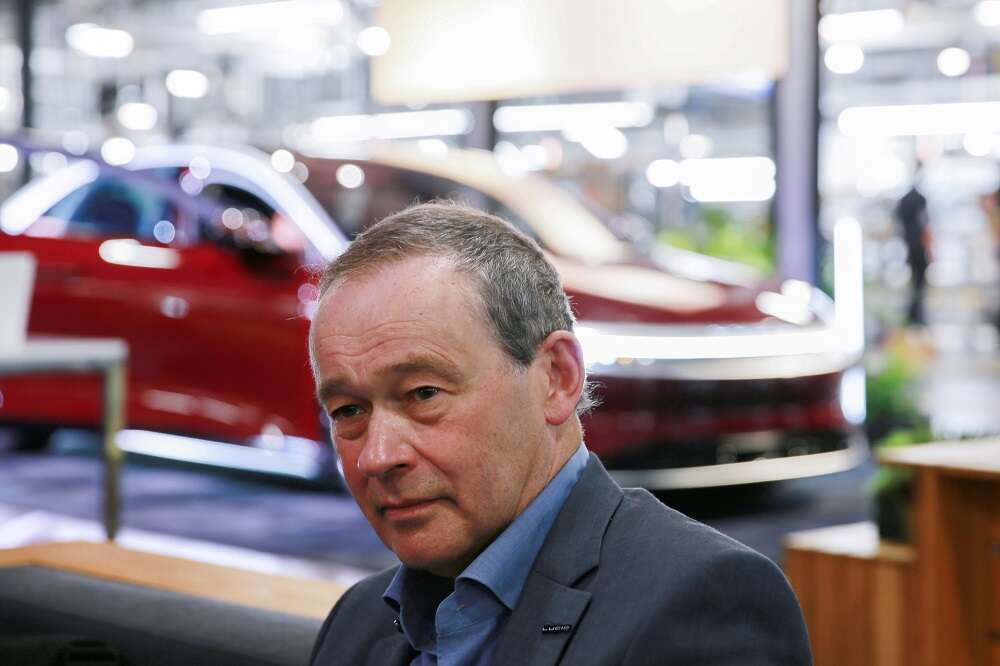 CASA GRANDE, Ariz. (Reuters) -Luxury electric car maker Lucid Group is on track to meet its production targets for 2022 and 2023 and is pushing to achieve this year’s goal of 577 vehicles, its chief executive said.

The California-based startup, which went public via a shell company this year, has secured the $4.4 billion it needed until the end of next year but would not wait until then to raise more cash, Peter Rawlinson told Reuters.

He said the latest funding “sees us through to the end of 2022. So it doesn’t see us right through to project Gravity,” a reference to the firm’s electric sport utility vehicle planned for release in late 2023.

Lucid started production of its Lucid Air premium electric sedans at its Arizona factory on Tuesday, aiming to deliver the cars to customers in late October.

Lucid shares were up 6.5% in premarket trading on Wednesday.

He said there was an “undue fascination” with Tesla’s new 4680 battery format, adding the current cells that helped Lucid achieve an industry-leading driving range showed more promise in the near term. Tesla has canceled its plan to launch its longest-range car Model S Plaid+ with its new batteries.

Rawlinson said Tesla’s bigger battery has a cost advantage, and has the opportunity to reduce internal resistance if it is incorporated with tabless architecture, a difficult technology.

“People are thinking that 4680 is this huge leap that is gonna transform the electric car. I don’t see that one. I think that is the fantasy,” he said.

He said Lucid would have a team looking at all these battery formats in due course.

Tesla did not immediately responded to Reuters’ request for comment.

It was a “reasonable bet” that in a year’s time, the industry’s chip shortage would ease, Rawlinson said, echoing comments made by Tesla CEO Elon Musk, who said last week that new semiconductor plants being built would mean the shortage was short term.

Rawlinson said the company was redesigning one printed circuit board to avoid any problems that could affect the supply of one chip in the medium term.

“We are undertaking risk mitigation actions now,” he said.