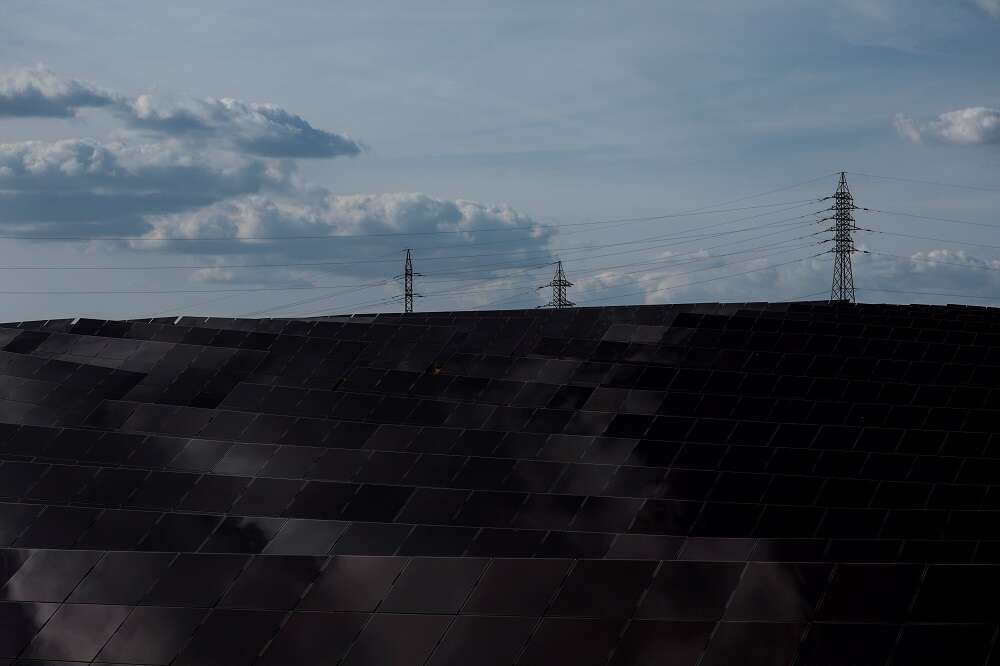 BRUSSELS (Reuters) -The European Union is drafting emergency plans to intervene in its energy market, as pressure grows from member states to put a lid on the surging price of electricity.

The EU’s 27 countries have disagreed in recent months over whether to intervene in energy markets, as reduced Russian gas deliveries to Europe have pushed up power costs.

But with gas prices almost 12 times higher than at the start of 2021 and power prices setting new record highs almost daily, even the most sceptical states are softening.

Germany is willing to consider a European price cap on gas, the country’s economy minister told other European energy ministers in a text message, a source who read the message told Reuters on Tuesday.

German Chancellor Olaf Scholz will meet Spanish Prime Minister Pedro Sanchez in Meseberg in Germany on Tuesday. Spain, along with Belgium and Greece, has for months sought to cap energy prices and urged Brussels to decouple gas and electricity costs.

EU diplomats said they were awaiting details from Brussels, before their energy ministers consider the EU proposals at emergency talks on Sept. 9. Key questions include whether interventions would be restricted to the short term.

“So far we haven’t seen how it will work. Is this a crisis mechanism? How will this fit legally into the [EU] treaty?” one diplomat said.

In the current system, the EU wholesale electricity price is set by the last power plant needed to meet overall demand. Gas plants often set that price, which countries including Spain have said is unfair as it means cheap renewable energy is sold at the same price as costlier fossil fuel-based power.

Von der Leyen will meet government leaders from Denmark, Poland, Finland and the Baltic states at a summit near Copenhagen on Tuesday – offering an opportunity to pitch the proposals to states wary of market reforms.

Denmark, Estonia, Finland and Latvia – along with Germany, Austria, the Netherlands, Ireland and Luxembourg – had publicly opposed intervening in energy markets last October and said the best response to short-term price spikes would be to provide national support for vulnerable consumers and businesses.

But after months of surging prices, such national measures are racking up enormous bills for governments. EU countries have spent 280 billion euros ($281.15 billion) in the last year to shield consumers from energy costs, according to the think-tank Bruegel.

Spanish Energy Minister Teresa Ribera told RAC1 radio she wanted to share Spain’s experience of a scheme it implemented in June to cap the price of fossil fuel-fired electricity.

“Our proposal would be to see up to what point this measure, which has shown itself to be effective…could be replicated in other EU member states,” she said.

How can you secure the network connecting your workforce?