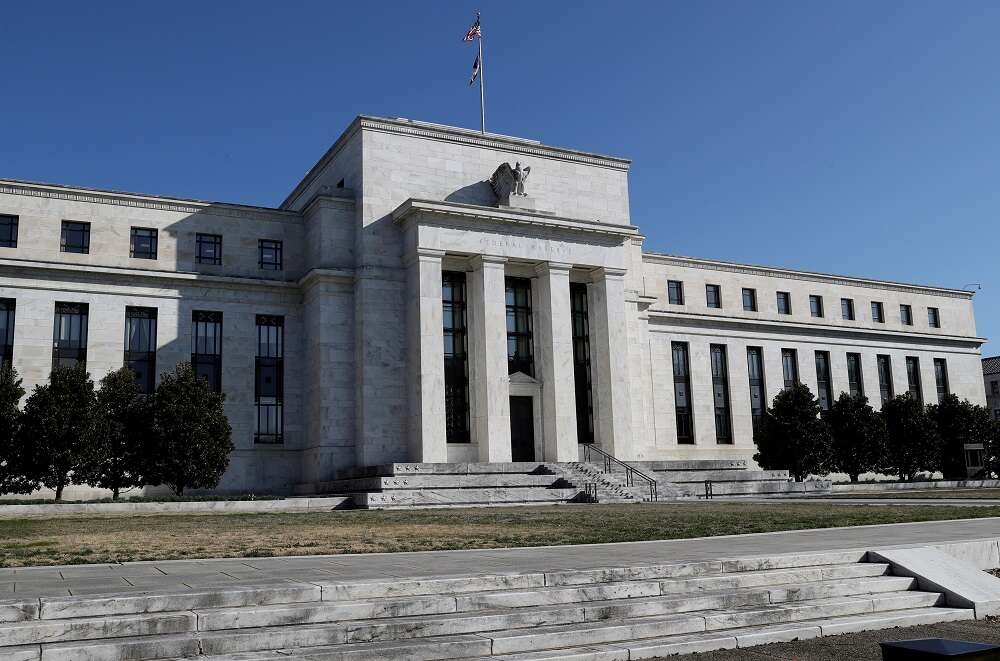 Fed keen to be ‘well positioned’ to act on inflation, other risks, minutes show

WASHINGTON (Reuters) – Federal Reserve officials last month felt substantial further progress on the U.S. economic recovery “was generally seen as not having yet been met,” but agreed they should be poised to act if inflation or other risks materialized, according to the minutes of the central bank’s June policy meeting.

In minutes that reflected a divided Fed wrestling with new inflation risks but still relatively high unemployment, “various participants” at the June 15-16 meeting felt conditions for reducing the central bank’s asset purchases would be “met somewhat earlier than they had anticipated.”

Others saw a less clear signal from incoming data and cautioned that reopening the economy after a pandemic left an unusual level of uncertainty which required a “patient” approach to any policy change, stated the minutes, which were released on Wednesday.

Still, “a substantial majority” of the officials saw inflation risks “tilted to the upside,” and the Fed as a whole felt it needed to be prepared to act if those risks materialized.

“Participants generally judged that, as a matter of prudent planning, it was important to be well positioned to reduce the pace of asset purchases, if appropriate, in response to unexpected economic developments, including faster-than anticipated progress toward the Committee’s goals or the emergence of risks that could impede the attainment of the Committee’s goals,” the minutes stated, referring to the policy-setting Federal Open Market Committee (FOMC).

The minutes did little to clarify when the Fed will begin to change the monthly bond purchases and near-zero interest rates it put in place in the spring of 2020 to support the economy through the coronavirus pandemic and associated recession.

But it did show debate over those policies beginning in earnest, with Fed officials laying out a broadly divergent set of views about the risks the economy faces, the level of uncertainty, and even delving into details like whether to curb the purchase of mortgage-backed securities faster than that of U.S. Treasury bonds.

“Monetary policy recalibration is now on the table,” wrote Bob Miller, BlackRock’s head of fixed income for the Americas, noting the “substantial dispersion of opinions” at the central bank.

U.S. stocks and the dollar were little changed after the release of the minutes, while the 10-year Treasury yield moved off its lows.

At its meeting last month, the FOMC shifted towards a post-pandemic view of the world, dropping a longstanding reference to the coronavirus as a constraint on the economy and, in the words of Fed Chair Jerome Powell, “talking about talking about” when to shift monetary policy as well.

The start of that discussion, along with interest rate projections showing higher borrowing costs as soon as 2023, caused investors to anticipate the Fed will move faster than expected to end its support for the economy.

Long-term Treasury yields are near five-month lows, and the gap between those and shorter-term yields has been narrowing, a development often associated with skepticism about the outlook for longer-term economic growth.

In this case, Cornerstone Macro analyst Roberto Perli wrote recently, “the market views the perceived Fed shift as harmful to the long-term prospects for the U.S. economy,” with the Fed’s stated commitment to getting back to full employment seen as weakening in the face of higher-than-anticipated inflation.

Powell, speaking to reporters after the end of the June policy meeting, said any increase in the Fed’s benchmark overnight interest rate from the current near-zero level remained far off. He said, however, that the Fed would begin a “meeting-by-meeting” assessment of when to start reducing its $120 billion in monthly purchases of Treasury bonds and mortgage-backed securities, and of how to announce its plans for doing so.

The U.S. economy, he said at that point, was still “a ways away” from the progress on job creation the Fed wants to see before reducing its asset-purchase program, which supports the recovery by making the purchase of homes, cars and similar items more affordable by holding down borrowing costs for households and companies.

But “we’re making progress,” Powell said in the briefing, and to such an extent that he and his colleagues now needed to “clarify … thinking around the process of deciding whether and how to adjust the pace and composition of asset purchases.”

What investors are wondering is how fast the discussion will spool out and when the actual “taper” may begin.

Several regional Fed policymakers have since said they felt the economy was near the point where the central bank should pull back. However, even some of them have indicated it will take several meetings to develop and announce a plan for reducing the bond purchases.

The FOMC meets eight times a year, with the next two meetings scheduled for July 27-28 and Sept. 21-22. In the interim, the central bank will hold its annual research conference in Jackson Hole, Wyoming, a setting that Fed chiefs have often used to signal policy changes.

The U.S. economy added 850,000 jobs in June. If that pace of hiring continues over the summer, it “could prompt the Committee to accelerate the tapering timeline” from an expected start in January to as soon as October, analysts from Nomura wrote last week.

Economists polled by Reuters expect the Fed to announce a strategy for tapering its asset purchases in August or September, with the first cut to its bond-buying program beginning early next year.

Analysis: When do electric vehicles become cleaner than gasoline cars?

No return of the 9 to 5? Nearly two-thirds of Brits want to work in an asynchronous environment post-pandemic