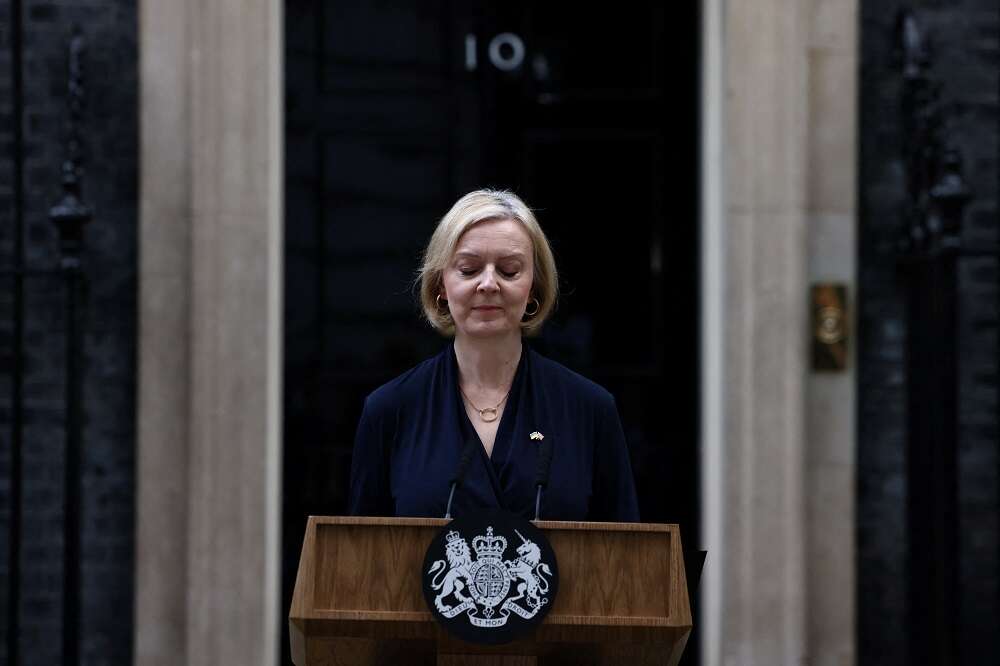 October 20, 2022
Our website publishes news, press releases, opinion and advertorials on various financial organizations, products and services which are commissioned from various Companies, Organizations, PR agencies, Bloggers etc. These commissioned articles are commercial in nature. This is not to be considered as financial advice and should be considered only for information purposes. It does not reflect the views or opinion of our website and is not to be considered an endorsement or a recommendation. We cannot guarantee the accuracy or applicability of any information provided with respect to your individual or personal circumstances. Please seek Professional advice from a qualified professional before making any financial decisions. We link to various third-party websites, affiliate sales networks, and to our advertising partners websites. When you view or click on certain links available on our articles, our partners may compensate us for displaying the content to you or make a purchase or fill a form. This will not incur any additional charges to you. To make things simpler for you to identity or distinguish advertised or sponsored articles or links, you may consider all articles or links hosted on our site as a commercial article placement. We will not be responsible for any loss you may suffer as a result of any omission or inaccuracy on the website.

(Refiles as UPDATE 7, not 6, text unchanged)

LONDON (Reuters) – Liz Truss said on Thursday she would resign as British prime minister, brought down just six weeks into the job by an economic programme that roiled financial markets, pushed up living costs for voters and enraged much of her own party.

The Conservative Party, which holds a big majority in parliament and need not call a nationwide election for another two years, will elect a new leader by Oct. 28.

That contest is likely to pit ex-finance minister Rishi Sunak against Penny Mordaunt, but could also see the return of former premier Boris Johnson, who was ousted in July when his ministers resigned en masse to force him out of power.

Speaking outside the door of her Number 10 Downing Street office, Truss accepted that she had lost the faith of her party and said she would step down next week, becoming the shortest-serving prime minister in British history.

“I have therefore spoken to His Majesty the King to notify him that I am resigning as leader of the Conservative Party,” said Truss, who was supported only by her husband with her aides and loyal ministers noticeably absent.

Truss became Britain’s fourth prime minister in six years after being elected in September to lead the Conservative Party by its members, not the broader electorate, and with support from only around a third of the party’s lawmakers.

She had promised tax cuts funded by borrowing, deregulation and a sharp shift to the right on cultural and social issues.

Appointed on Sept. 6, she was forced last week to sack her finance minister and closest political ally, Kwasi Kwarteng, and abandon almost all her economic programme after their plans for vast unfunded tax cuts crashed the pound and British bonds. Approval ratings for her and the Conservative Party collapsed.

On Wednesday she lost the second of the government’s four most senior ministers, faced laughter as she tried to defend her record to parliament and saw her lawmakers openly quarrel over policy, deepening the sense of chaos at Westminster.

(Graphic: UK prime ministers by days in office since 1970, https://graphics.reuters.com/BRITAIN-POLITICS/TRUSS/klpygeeaepg/graphic.jpg)

With the economy heading into recession and inflation running at a 40-year high, millions of Britons are struggling with a cost-of-living crisis.

Hunt, who has ruled himself out of the leadership race, is due to deliver a new budget on Oct. 31.

NEXT RACE FOR DOWNING STREET

The sight of yet another unpopular prime minister being driven out of office underscores just how volatile British politics has become since the 2016 vote to leave the European Union unleashed a battle for the direction of the country.

Among those expected to run for the role are Sunak, who remains deeply unpopular with parts of the Conservative Party after he helped to trigger the summer rebellion against Johnson.

Penny Mordaunt, a former defence minister, could also run, along with Suella Braverman, the interior minister who quit on Wednesday.

Johnson, who still faces an investigation into whether he misled parliament after he and his staff held a string of parties during COVID-19 lockdowns, may also be a candidate.

The face of the 2016 Brexit vote has loomed large over politics since he became London Mayor in 2008. He led his party to a landslide election victory in 2019 but was driven out of office in July by colleagues who were disgusted by his conduct.

“I hope you enjoyed your holiday boss. Time to come back,” one Conservative lawmaker, James Duddridge, said on Twitter. “Few issues at the office that need addressing. #bringbackboris”.

Party members and Conservative lawmakers are expected to be given a say in the vote. A poll earlier this week showed most members wanted Johnson to return, but betting odds put Sunak as the favourite, ahead of Mordaunt, defence minister Ben Wallace and Johnson.

As for Truss, she will enter the history books as the prime minister with the shortest tenure in office, replacing George Canning, who had held the role for 119 days when he died in 1827.

The rapid demise of Truss, in just the latest bout of turmoil to hit Westminster – has prompted many Conservative lawmakers to openly despair about the state of Britain’s most successful political party.

Asked if they could recover from this, one lawmaker replied: “Never in a million years.”

The main opposition Labour Party – and many voters – have called for a general election.

“She’s not been voted in and certainly, the policy decisions she made, none of the British people asked for any of those,” 50-year-old Kelly Rodgers told Reuters outside Downing Street. “So (it’s) right and proper she should go.”

Retail CBDCs: what’s in it for the banks?