New visa route to the UK for blocked overseas investors

October 12, 2022
Our website publishes news, press releases, opinion and advertorials on various financial organizations, products and services which are commissioned from various Companies, Organizations, PR agencies, Bloggers etc. These commissioned articles are commercial in nature. This is not to be considered as financial advice and should be considered only for information purposes. It does not reflect the views or opinion of our website and is not to be considered an endorsement or a recommendation. We cannot guarantee the accuracy or applicability of any information provided with respect to your individual or personal circumstances. Please seek Professional advice from a qualified professional before making any financial decisions. We link to various third-party websites, affiliate sales networks, and to our advertising partners websites. When you view or click on certain links available on our articles, our partners may compensate us for displaying the content to you or make a purchase or fill a form. This will not incur any additional charges to you. To make things simpler for you to identity or distinguish advertised or sponsored articles or links, you may consider all articles or links hosted on our site as a commercial article placement. We will not be responsible for any loss you may suffer as a result of any omission or inaccuracy on the website. 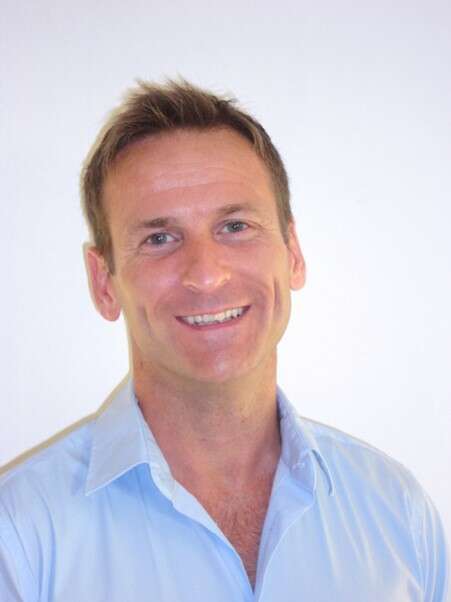 Overseas workers, investors and business owners denied access to the UK are taking advantage of a new scheme promoted by a London-based immigration law firm which allows legal entry into the UK.

Self-employed workers from the USA and India previously blocked from access to the British market have already successfully gained legal UK work visas through the scheme. The process involves two stages. First, an individual establishes a UK limited company, which foreign nationals can legally do. Secondly that company then sponsors the individual which established itin order to gain the individual a Skilled worker visa.

The process is being called ‘self-sponsorship’ and complies fully with UK immigration and company rules. It has been pioneered by visa and immigration specialist Yash Dubal, who is director of UK firm, A Y & J Solicitors.

Mr Dubal explained that two clients have already used the system, which shows proof of concept.

One of the first businesspeople to use the scheme was Tennessee businesswoman Kate Corey, founder of UK travel firm 6 Degrees. She had tried to move to the UK for several years, but no visa routes were open to her. She approached A Y & J Solicitors which recommended the self-sponsor route. The process was successful, and she is now based in London where she has established her own business and works in the city under a bona fide Skilled worker visa.

She said: “I never thought I would find a visa route. I own a small business and for years I’d been told by every solicitor under the sun that there wasn’t a visa for someone who was self-employed. I gave up on it for several years and I was then connected to Yash and A Y & J Solicitors.

“First, I established a limited company in the UK, which was quick and easy. From there we applied for a sponsorship licence for the company. That was successful. From there we sponsored me, and here I am. The process changed my life.”

A new way to gain access to the UK

The route is marketed as a new way to gain access to the British SME market and possible citizenship for genuine business owners who do not qualify for regular UK visas.

Changes in the UK visa immigration system have made it harder for some investors and entrepreneurs to gain access to the UK. The Investor visa was scrapped in February. It required applicants to invest a minimum of £2m in the UK. It was closed over fears that it was being used by corrupt Russian oligarchs as a way to launder money. Another visa route popular with overseas investors, the Sole representative visa, has also been scrapped this year. It allowed representatives of foreign companies into the UK to establish subsidiaries. Its replacement – Global Business Mobility – is more restrictive and does not lead to settlement. Other new visas for businesses introduced under the new British immigration system, the Innovator visa and the Start-up visa, pose challenges for entrepreneurs who do not meet their rigid criteria. The Start-up visa, for example, only applies to investors wishing to set up a UK business which qualifies as ‘innovative’, meaning it must be different from anything else on the market.

Mr Dubal said: “Self-sponsorship is a new and innovative idea. We have now successfully used the process to get visas for people who were previously denied access to the UK. It is a proven concept and fully legal and compliant with regulations. It works for entrepreneurs who do not qualify under other rules. The system works as long as applicants have a genuine intention to open a business in the UK and want to run an active trading company here.”

A route to citizenship

Jim Blessing Lalmalsawma, Director of JLR Construction and Engineering Ltd in India is another successful applicant.

He said: “A Y & J Solicitors helped me come into the UK by using the self-sponsorship route which made me have a company to run on my own, at the same time they helped me get a skilled worker visa.”

He says he has already recommended the scheme to friends in India.

As Mr Dubal explains: “After five years holders of Skilled Worker visas may also qualify for residency and after six for citizenship. They can bring over their spouse and children under 18. Citizenship is a one of the main motivator factors for overseas workers who want to relocate to the UK. Many of the new visa routes introduced under the UK’s points-based immigration system no longer lead to citizenship so self-sponsorship offers a solution to this issue.”

How will modern technologies change the way of teaching in the future?