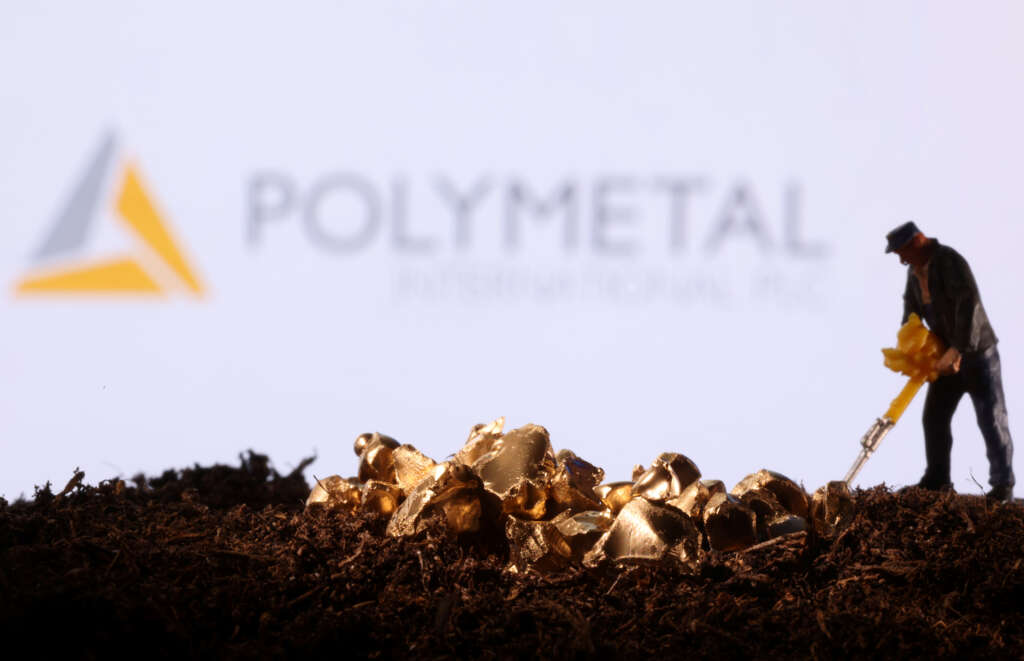 MOSCOW (Reuters) -Polymetal’s third-quarter revenue fell by 13% year on year to $714 million due to accumulated inventory and lower metal prices, the Russian gold and silver producer said on Wednesday.

Polymetal has not been directly targeted by Western sanctions imposed on Moscow after it sent thousands of troops into Ukraine on Feb. 24.

But in common with other Russian commodity producers it has suffered an impact as Western banks and shippers have reduced dealing with Russian companies even if they are not legally bound by sanctions law.

“The company has successfully completed the restructuring of its sales channels and started to unwind accumulated inventory. We expect strong positive free cash flows in the fourth quarter,” CEO Vitaly Nesis said in a statement.

During the first nine months of 2022, a total of 198,000 troy ounces of inventory was accumulated across Polymetal’s Russian mines.

However, export sales resumed at full speed at the end of the third quarter, Polymetal said, adding that it expects the gap between production and sales to close by the end of 2022.

Its third-quarter production of gold equivalent (GE), a mix of gold and other metals, grew by 7% to 490,000 ounces, the miner said.

Central banks ease off on rate hike push in October