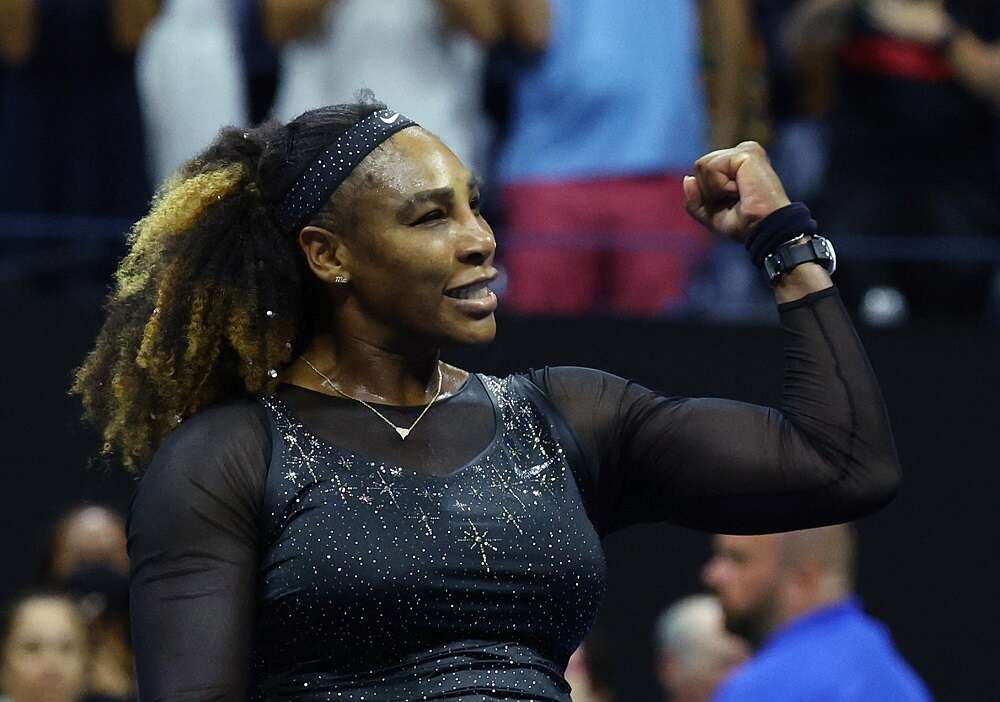 Tennis-Williams retirement on hold after win over world number two

September 1, 2022
Our website publishes news, press releases, opinion and advertorials on various financial organizations, products and services which are commissioned from various Companies, Organizations, PR agencies, Bloggers etc. These commissioned articles are commercial in nature. This is not to be considered as financial advice and should be considered only for information purposes. It does not reflect the views or opinion of our website and is not to be considered an endorsement or a recommendation. We cannot guarantee the accuracy or applicability of any information provided with respect to your individual or personal circumstances. Please seek Professional advice from a qualified professional before making any financial decisions. We link to various third-party websites, affiliate sales networks, and to our advertising partners websites. When you view or click on certain links available on our articles, our partners may compensate us for displaying the content to you or make a purchase or fill a form. This will not incur any additional charges to you. To make things simpler for you to identity or distinguish advertised or sponsored articles or links, you may consider all articles or links hosted on our site as a commercial article placement. We will not be responsible for any loss you may suffer as a result of any omission or inaccuracy on the website.

NEW YORK (Reuters) -Playing more like a world number one than a player ranked outside the top 600, Serena Williams turned back the clock on Wednesday to stun world number two Anett Kontaveit 7-6(4) 2-6 6-2 and move into the third round of the U.S. Open, putting her retirement plans on pause.

Defeat has always been hard to swallow for the fiercely competitive Williams and the 40-year-old American’s relentless will to win was on full display during an absorbing two-hour 27 minute contest of unexpected high quality, breathless intensity and drama.

Williams had signalled her intention to retire earlier this month, saying she was “evolving away from tennis”, but never confirmed the U.S. Open as her final event.

Any farewell has now been put on hold with Williams due back on centre court on Thursday for a doubles match with older sister Venus, followed by a third round clash on Friday with Australian Ajla Tomljanovic who was a 1-6 6-2 7-5 winner over Russia’s Evgeniya Rodina.

“I’m a pretty good player,” said Williams with a sly grin when asked how she downed the world number two. “This is what I do best – I love a challenge, I love rising to a challenge.”

“I’m super competitive – honestly I’m just looking at it as a bonus.

“I have absolutely nothing to prove.”

With 23 Grand Slam titles and widely regarded as the greatest women’s player of all time, Williams indeed has done it all on the tennis court.

But after two wins the once-unthinkable dream of a Hollywood ending to Williams’ career — snatching an elusive 24th major to go level with Margaret Court at the top of the all-time list — just might be in the cards.

Asked if she was starting to believe she could win a seventh U.S. Open, Williams demurred, insisting she was still taking it a match at a time, but said things were “coming together”.

“I cannot think that far,” said Williams. I’m here, I’m having fun and I’m enjoying it.

“I feel I’ve been practicing really well, but it hasn’t been coming together in matches.

“But, you know, now it’s kind of coming together.”

A former world number one for 319 weeks, Williams arrived in New York ranked below 600, unseeded and with just a single match win from three events coming into the season’s final Grand Slam.

It had been over a year – at the 2021 French Open – since Williams last posted back-to-back wins. She faced a daunting challenge in 26-year-old Kontaveit, a player whose game was built for the hardcourt and who won five of her six career titles on the surface.

With none of the pre-match festivities that took place ahead of her first round match against Danka Kovinic to distract her, Williams stepped onto the court with her game face on. She delivered a performance that had an Arthur Ash Stadium record crowd of 29,959, including fellow sporting greats Tiger Woods and Lindsey Vonn, on its feet.

“I knew it was coming,” said Kontaveit. “It was something I never experienced before.

“I think they were not rooting like against me. They just wanted Serena to win so bad.

“So, I don’t think it’s a personal attack against me or anything.”

Williams claimed the first break in an enthralling opening set to go 5-4 up only to have Kontaveit immediately break back to ensure a tie-break.

The tie-break was no less riveting, Williams clinching it 7-4 in classic fashion with a thundering ace.

But the Estonian would not be intimidated by either Williams or a frothing crowd, grabbing two early breaks in the second set to jump 3-0 in front on the way to pulling level.

After two draining sets the New York crowd, like they had so many times over the years, provided the fuel to lift Williams in the third as she charged to a 4-1 lead and never let go.