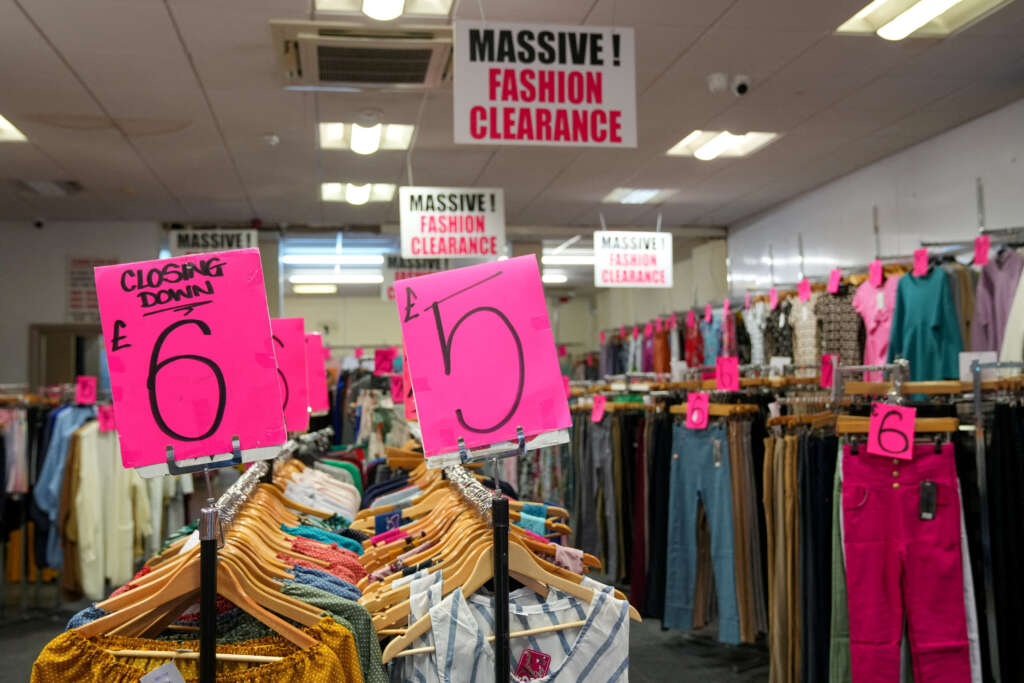 UK economy on brink of recession as it shrinks in August

October 12, 2022
Our website publishes news, press releases, opinion and advertorials on various financial organizations, products and services which are commissioned from various Companies, Organizations, PR agencies, Bloggers etc. These commissioned articles are commercial in nature. This is not to be considered as financial advice and should be considered only for information purposes. It does not reflect the views or opinion of our website and is not to be considered an endorsement or a recommendation. We cannot guarantee the accuracy or applicability of any information provided with respect to your individual or personal circumstances. Please seek Professional advice from a qualified professional before making any financial decisions. We link to various third-party websites, affiliate sales networks, and to our advertising partners websites. When you view or click on certain links available on our articles, our partners may compensate us for displaying the content to you or make a purchase or fill a form. This will not incur any additional charges to you. To make things simpler for you to identity or distinguish advertised or sponsored articles or links, you may consider all articles or links hosted on our site as a commercial article placement. We will not be responsible for any loss you may suffer as a result of any omission or inaccuracy on the website.

By William Schomberg and Andy Bruce

LONDON (Reuters) – Britain’s economy looks set to go into recession as data showed it unexpectedly shrank in August, underscoring the challenge for Prime Minister Liz Truss to make good on her promises to speed up growth.

Weakness in manufacturing and maintenance work in North Sea oil and gas fields contributed to a 0.3% fall in gross domestic product from July, and the report also showed how a jump in inflation was hitting consumers.

A Reuters poll of economists had pointed to zero growth.

July’s increase in output was revised down to 0.1% from a previous estimate of 0.2%, and in the three months to August GDP fell 0.3%, its first decline since early 2021 when the country was mired in the coronavirus crisis.

“The ongoing squeeze on household finances continues to weigh on growth, and likely to have caused the UK economy to enter a technical recession from the third quarter of this year,” Yael  Selfin, chief economist at KPMG UK, said.

The economy was now believed to be back at its size just before the pandemic, having previously been estimated at 1.1% above that, the Office for National Statistics said.

Manufacturing fell by 1.6% from July and more maintenance than unusual in the North Sea hit the mining and quarrying sector which includes oil and gas. It slumped by 8.2%.

GDP in September is likely to be weakened by a one-off public holiday to mark the funeral of Queen Elizabeth.

Further ahead, Britain’s economy looks set to slow sharply as surging inflation hits households and forces the Bank of England to raise interest rates quickly, even as activity stagnates.

Samuel Tombs, an economist with Pantheon Macroeconomics, said around one-third of households no longer had meaningful savings and the 30% with a mortgage were likely to reduce expenditure as borrowing costs went up.

“The combination of the protracted hit to real incomes from mortgage refinancing, the usual lags between changes in corporate sentiment and spending decisions, and the constraints macro policymakers now face suggests that the recession won’t end until late 2023 at the earliest,” Tombs said.

The International Monetary Fund said on Tuesday it expected British GDP to grow in 2023 but only by 0.3%.

That was stronger than its forecasts for the economies of Germany and Italy to shrink next year as they feel the full force of gas supply cuts from Russia caused by the war with Ukraine.

Truss and finance minister Kwasi Kwarteng have promised to speed up economic growth but their plan for unfunded tax cuts sent financial markets into turmoil and has raised expectations for how quickly the BoE will push up borrowing costs.

The central bank is also trying to slow the surge in market interest rates which has put pension funds under severe strain. It has said it will end its emergency bond-buying support scheme on Friday.

However, amid calls from the funds for a deadline extension, the Financial Times on Wednesday cited three sources as saying the BoE had signalled privately to lenders that it was prepared to continue the emergency programme beyond Friday if market conditions demanded it.