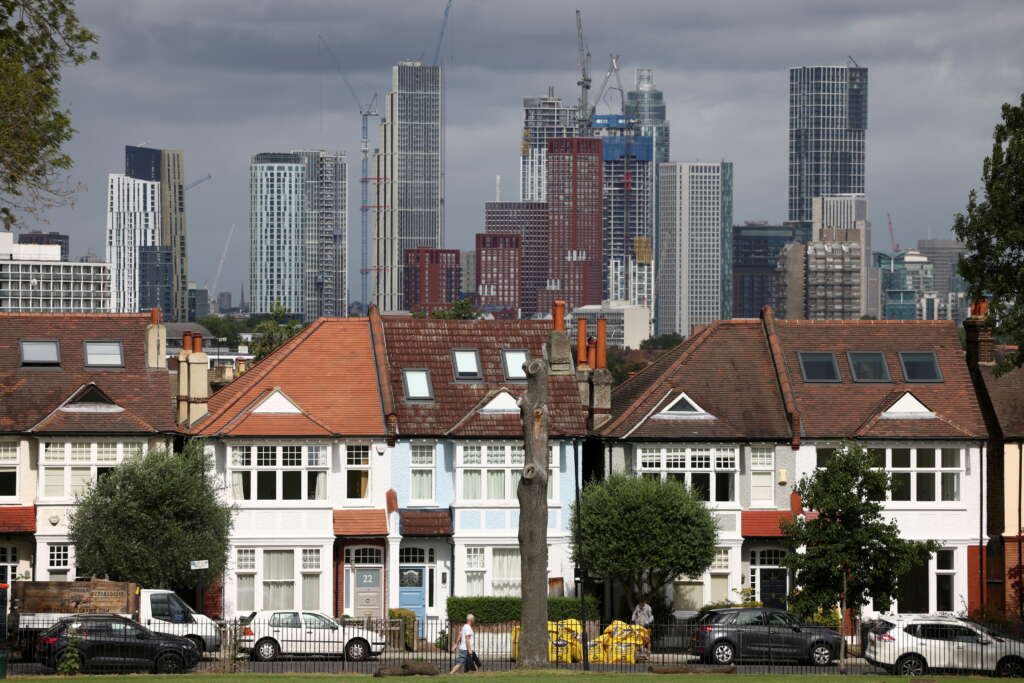 LONDON (Reuters) – British house prices rose last month at a faster rate than expected as robust demand and a lack of new homes coming to the market kept up momentum, a survey showed on Wednesday.

Mortgage lender Nationwide said house prices rose by 0.7% in monthly terms in October after a 0.2% rise in September. A Reuters poll of economists had pointed to another 0.2% increase.

The increase left house prices 9.9% higher than a year previously, although this marked the weakest annual growth rate since April.

“If the labour market remains resilient, conditions may stay fairly buoyant in the coming months – especially as the market continues to have momentum and there is scope for ongoing shifts in housing preferences.”