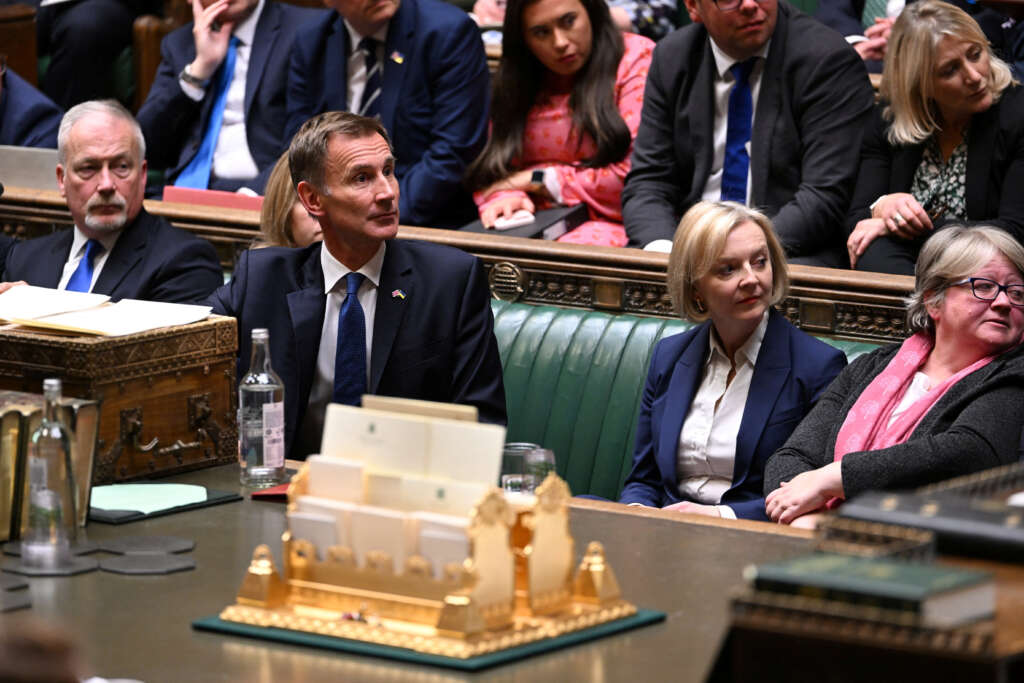 Home News UK’s Truss: ‘Sorry’ for the mistakes, but ‘I’m sticking around’
News

UK’s Truss: ‘Sorry’ for the mistakes, but ‘I’m sticking around’

UK’s Truss: ‘Sorry’ for the mistakes, but ‘I’m sticking around’
LONDON (Reuters) -Britain’s Prime Minister Liz Truss apologised for “mistakes” in her programme that caused investor confidence to evaporate and her poll ratings to plunge before nearly all of it was finally shredded on Monday, but said she would not step down.

“I do want to accept responsibility and say sorry for the mistakes that have been made,” Truss told the BBC.

“I wanted to act but to help people with their energy bills to deal with the issue of high taxes, but we went too far and too fast.”

Finance Minister Jeremy Hunt, who was appointed on Friday after Truss sacked her close ally Kwasi Kwarteng, jettisoned the remaining major planks of her tax-cutting agenda on Monday, including scaling back her vast energy support scheme.

Asked if she was now prime minister in name only, Truss said she had appointed Hunt because she knew she had to change direction.

“It would have been completely irresponsible for me not to act in the national interest in the way where I have,” she said.

Truss and Kwarteng attempted to upend British fiscal policy by unveiling 45 billion pounds of unfunded tax cuts last month to snap the economy out of stagnation.

But the response from bond investors was brutal and borrowing costs surged. Lenders pulled mortgage offers and the Bank of England eventually had to step in to stop pension funds going under.

Asked about the impact of her policies, Truss said she understood it was “very difficult” for families across the country and that she would do what she could to help them.

Her two-year energy package, however, was drastically scaled back by Hunt and will now last only until April.

“The most vulnerable will be protected into next winter,” she said. “We’re looking at exactly how we can do that.”

Truss, who became leader less than six weeks ago, is facing a possible revolt from her lawmakers as soon as this week, according to reports.

But she remained defiant on Monday, saying she would lead her Conservatives into the next election.

“I’m sticking around because I was elected to deliver for this country,” she said. “And that is what I am determined to do.”

(Reporting by Paul SandleEditing by Chris Reese and Deepa Babington)