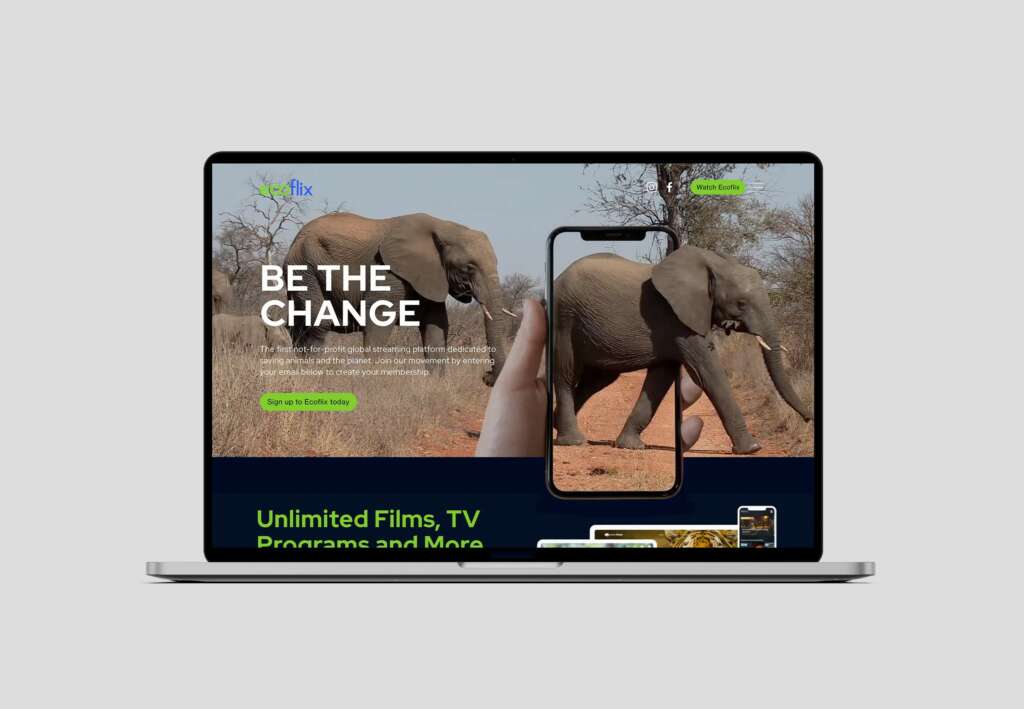 By: Ian Redmond OBE- Head of Conservation for Ecoflix and a co-founder of www.Rebalance.Earth

Among the hundreds of side events in and around CoP26, the UN climate talks in Glasgow this week, is one on the future of wildlife filmmaking (https://www.youtube.com/watch?v=Rh-Ng_nTHtA).  This is a controversial topic.  For decades, some have been alleging that the beautiful natural history documentaries we all love, are guilty of not telling the truth.   The charge is that the mainstream media, by showing the beauty of nature and the wonders of animal behaviour while editing out the factories, oil rigs, motorways and other human-built blots on the landscape, have lulled the public into a false sense of security.  Some have gone so far as to say that what has been dubbed as ‘Planet Attenborough’ is a lie, given the loss of biodiversity in every part of the world.   I know of instances where, for example, a bit of plastic pollution was edited out of a shot because it would ‘spoil’ it.   And indeed, it would spoil the natural feel of the sequence, as it does spoil the habitat being portrayed.  Hats off to the BBC’s Blue Planet team for keeping the shot of the whale chewing a bit of plastic, which decision is credited with changing the behaviour of millions of viewers towards recycling and not littering.

Nature documentaries are much loved by the public and commissioning editors alike for many reasons.  They have a wide appeal, they are relatively cheap to make, compared to drama for example, and easy to translate into other languages.   The reason those same commissioning editors reject proposals to film the problems facing nature is that they are driven by the ratings – show blue-chip natural history and people watch, show the hard truth about pollution and the role we all play in causing it and many people will turn over to watch the football, a movie or a game show.   After a hard day at work, who wants to be depressed by depictions of ecological damage – especially if we are reminded that our comfy lifestyle, based on consuming more resources than the planet can produce every year, is to blame!   Moreover, these films are made primarily for audiences watching television in the developed world – North America, Europe, Japan, Australia – but not for audiences in developing countries in Africa, Asia or Latin America – the very people who hold the future of the species and habitats most often featured.   This must change!

There are, however, signs of change.

The news coverage of CoP26 has been extensive – to the point where some will be saying, enough already. But the news media will quickly move on and tend to be driven by whatever is the hot topic of the day.  Where was the coverage of the equally important CoP15 of the Biodiversity Convention a few weeks earlier, hosted by China?   Each UN convention has its Conference of the Parties, or CoP, series – last year saw CoP13 of the UN’s Convention on Migratory Species hosted by India just before the Covid-19 pandemic shut down travel, but the reporting of that was miniscule.  And yet the climate crisis is just one of the existential threats we face.

The reduction in numbers of wild animals over recent decades is another.   Animals are not just ornaments – they each play a role in their ecosystem.  And the health of those ecosystems is critical to us all because we depend on the ecosystem services they provide – the air we breathe, the food we eat and the fresh water we drink to name just three.   Conservationists have focussed for too long on simply preventing extinction, as if everything will be fine as long as there is a protected area with a viable population of the endangered species in question.  But if their numbers have been reduced by, say, 95 per cent, whatever it was that they did in the ecosystem is now being reduced by that amount.  If you have a factory with a thousand workers, laying off 950 of them would rather reduce your output – and make life difficult for the remaining 50.   So it is with elephants, for example.  Africa is thought to have had more than 10 million elephants before the ivory trade took off.  A century and a half of slaughter later and we have fewer than half a million.  Consider the impact of this reduction on the productivity of their ecosystem (from which we all benefit).  Each adult elephant produces roughly one tonne of dung per week, enriching the soils of forests and savannah woodlands with first class organic manure which – because elephants eat fruit and pods – is studded with the seeds of the trees of tomorrow.  And yet to watch the news coverage of CoP26, the average person is led to believe that human tree-planting is the answer to rising levels of CO2 in the atmosphere.  It will help, of course, but restoring elephants and other seed-dispersing animals would be more effective.  New research shows that forests with elephants are more efficient at sequestering and storing carbon than those where elephants have been wiped out.   The same is likely true of other species such as gorillas, orangutans, tapirs, rhinos, etc.   When I give public lectures about this role of elephants and primates as #GardenersoftheForest, the most common reaction is that this is news to the audience – and yet my audiences are usually people who avidly watch natural history documentaries.  So what are we getting wrong?

Where can interested members of the public go to find reliable information on ecology and the threats faced by wildlife?   Where can they learn about heroes of conservation who dedicate their lives to the cause?  The advent of streaming technology has led to a number of video on demand services showing wildlife films and on 9th November, a new one is launched:  Ecoflix.   This one is different because it is a charity, so your subscription is a donation (tax-deductible in the US) and all profits go to rescuing, rehabilitating and conserving wildlife and habitats around the world.  By signing up, you become part of the solution.

Ecoflix is also commissioning new and original content, ranging from peaceful videos of nature for ‘moments of zen’, hundreds of videos from NGO partners and insightful interviews with inspirational people who have changed or are changing the course of history for certain species or wilderness areas.  New and exclusive documentaries will tackle difficult topics – the first of which is ‘Free Billy’, a thoughtful look at the ethics of keeping elephants in captivity.  In the past, people who protested against the keeping of such intelligent animals in zoos focussed on the fact that they are intelligent autonomous beings capable of self-awareness and with a complex, multi-level society, who suffer a life of social and sensory deprivation for our pleasure.   Those arguments still hold true and are now bolstered by another one.  The additional carbon sequestration attributable to each forest elephant has been valued at $1.75 million over the course of his or her life of sixty years or so (https://www.imf.org/external/pubs/ft/fandd/2020/09/how-african-elephants-fight-climate-change-ralph-chami.htm).  If that level of carbon finance could be brought to the communities and rangers who live alongside and protect elephants, it could alleviate poverty, halt biodiversity loss in the area and help prevent dangerous climate change.   We are in a climate crisis and need all the help we can get.  Wouldn’t it make more sense to release elephants from idle captivity in carbon-costly enclosures into elephant-depleted natural habitat so they can get on with the job they evolved to do – making forests more efficient?

Ian Redmond OBE is Head of Conservation for Ecoflix and a co-founder of www.Rebalance.Earth

A wildlife biologist turned conservationist specialising in apes and elephants, he has been involved in the making of more than 100 documentaries.